Alabama Bass Trail Announces The 2022 ABT 100 Schedule and Payout

Decatur, Ala. (March 8, 2021) – The Alabama Bass Trail (ABT) is pleased to unveil dates and locations of the 2022 ABT 100 tournament series which includes a payout reaching $300,000 for all three tournaments. Returning for the second season, the tournament series is held on three different lakes of the ABT beginning January 8, 2022, attracting professional and amateur anglers from across the United States who will compete for a $25,000 first place prize.

“The ABT 100 was a tremendous leap of faith by the Alabama Bass Trail Board of Directors and thankfully it paid off in a huge way. The amazing 39 hour sell out during a global pandemic speaks volumes about the demand for high stakes bass tournaments in Alabama. We are very excited to announce the 2022 ABT 100 schedule and look forward to welcoming anglers and supporters at our next ABT 100 to be held on Lake Eufaula in June,” said ABT Program Director Kay Donaldson.

The ABT 100 Series will be televised on Fox Sports Southeast later in 2022. The weigh-in and Live Leaderboard will be streamed live on www.AlabamaBassTrail100.org and on Facebook at Alabama Bass Trail 100 Series.

The Alabama Bass Trail 100 Series made its debut in January with professional and amateur anglers from 13 different states competing. According to Donaldson, registration for the 2021 ABT 100 Series sold out in 39 hours.

For more information, call Donaldson at 855.934.7425 or visit online at www.AlabamaBassTrail100.org, on Facebook at Alabama Bass Trail 100 Series and on Instagram at albasstrail100. 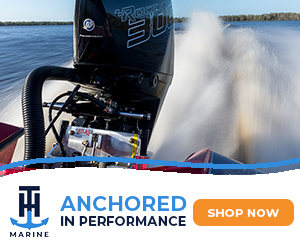