The Second Stop of the Alabama Bass Trail 100 makes its way to Neely Henry Lake in Gadsden. Neely Henry spans 77.6 miles from Weiss Dam downstream to Neely Henry Dam which was constructed in 1966 by Alabama Power. Anglers are provided 11,235 acres of water to compete for a first-place cash prize of $25,000 with a total payout of $100,000 in cash for this event.

The team of Jeff Cannon and Terry Tucker call Neely Henry home and have fished this lake for many years. “The lake seems to be trailing a little bit behind the normal pattern for June with water temps in the low 80’s and stained water clarity.  The grass is not as grown out as it normally is for this time of year, and we are in a post spawn to early summer pattern.” Jeff and Terry feel like “teams will really have to mix it up. They can’t stay shallow all day, but they can’t stay deep all day. Teams will have to mix it up, fish the conditions and let the fish tell you what they are going to do. That is typically what happens on Neely Henry.”

Neely Henry can be broken down into three areas. The upper end of the lake towards the Weiss Dam “fishes like a river system and there are lots of spotted bass in that area that are current driven fish. The river is really dependent on the current and how the water rises and falls.” If the current flows, teams can catch lots of numbers upriver. The second area is “mid-lake where we focus most of our time.” Teams will find mid-lake “full of willow bank grass from five miles above the city park all the way down to the lower dam. The key in this area comes down to finding the right section of grass that is holding fish.” Mid-lake also provides “lots of backwater areas where resident fish live.” The lower end of the lake down near the dam is “where the lake widens out and provides opportunities for teams to target fish offshore in deeper water. Boat traffic is a factor that can affect all areas of the lake because Neely Henry can’t take a lot of boat traffic.” Having only 100 teams on the lake will help in this event and provides less boat traffic on the lake.

Jeff and Terry stressed again that teams will need to mix it up to be successful in this event. They encouraged teams not to get stuck on staying in one area all day and mixing it up deep and shallow. “There will come a point in the day when the pattern really changes, and teams will have to make adjustments. We know this lake well and hope we can make the right adjustments to find the fish.

When asked about baits that will be used this weekend they shared, “a lot of crankbaits will be used mainly on the lower end. Teams will spend lots of time flipping the grass with soft plastics in the mid-section as well as using a swim jig in the bank grass.”

Earlier this year in the ABT North Event, it took 20.17 pounds to win on a very tough day on Neely Henry. This weekend is predicted to be very different. “There will be a lot of 12-13 pound bags weighed in.” Jeff and Terry agree “it will probably take 18-20 pounds to win.

The team really likes the ABT 100 format. They have fished many other events including multiple day tournaments, and they enjoy the ABT 100 more because of the higher payout and lower entry fee than other larger events. They feel they have a better chance at winning money and getting a better return on their entry. “We like the smaller field and competing in a one-day event where teams have to sign up to fish all three events and can’t just sign up to fish on their home lake”

The Pre-Tournament briefing was held earlier this week on ABT Facebook. All anglers should make sure they have checked text messages and emails for the latest information prior to the event. 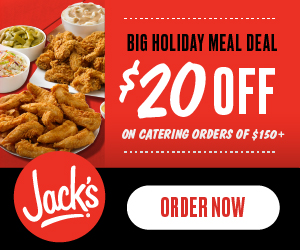